The island of Bermuda has two real lighthouses, and several other beacons and metal towers.  I know because I looked at the Bermuda page of the Lighthouse Directory.   So maybe some day I'll come back to Bermuda and feature the famous high-on-a-hill Gibb's Hill Lighthouse, but this time I'll discuss the other one, St. David's Lighthouse.

So where is it, other than on the island of Bermuda, you are asking?  It's here.  Really and truly, it's on St. David's Island.

That's cool, it's a working lighthouse that still has a Fresnel lens.

Pictures below. Note that one of them is not an actual picture of the lighthouse.  And there's a bonus below the four pictures. 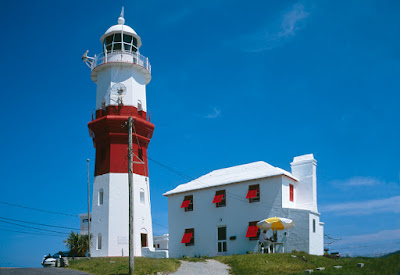 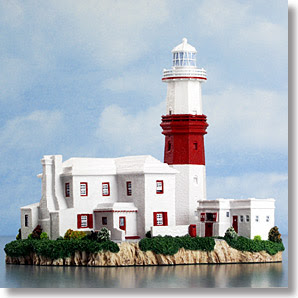 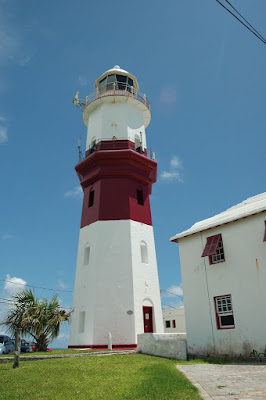