She's a gorgeous woman, accomplished actress, has her own fashion lines, and is married to a hunky actor/presenter/fitness guy named Mark Wright, so it should not be a surprise that Michelle Keegan is in absolutely fine physical shape.  (Of course, she has one too.)

She demonstrates this in Women's Health (UK version, unfortunately). 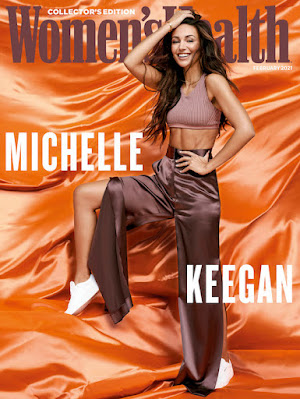 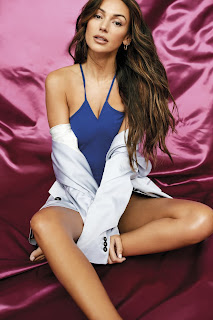 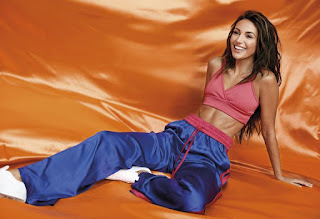 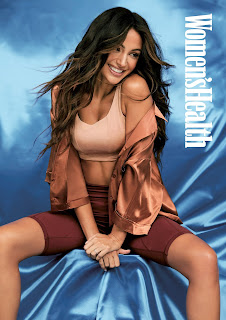 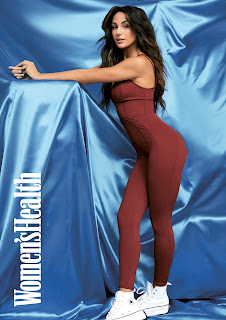 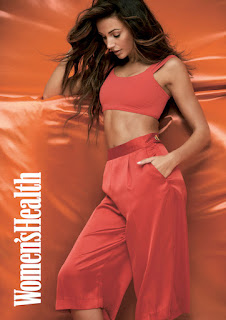 Yet another argument for gun control

Three people including alleged shooter Joshua Jamal Williams were killed after he walked into Jefferson Gun Outlet – a store and indoor shooting range - in Metairie [Louisiana] with his brother at around 3pm, carrying a pistol with an extended magazine unholstered.

When staff approached him to ask him to unload his weapon, Williams fired off a warning shot and then fatally shot 47-year-old store clerk Noah Fischbach, police sources told NOLA.com.

Several armed patrons inside the gun outlet then began exchanging gunfire with Williams.

PICTURED: Man, 27, who shot dead New Orleans gun store clerk, 47, when he was asked to unload his weapon – before being killed by customers in gunfight that left woman dead

I think that's self-explanatory enough.
at 6:45 AM No comments:

Well, that explains it

I wondered how newly-elected Colorado reprehensibly repugnant Representative Lauren Boebert could appear in a virtual committee meeting with part of her gun collection behind her on the wall, but then I looked closer at the note she had posted there.  I guess it was a reminder not to think about certain inconvenient facts about mass shootings in the state she represents (well, she represents just part of the state, to be fair). 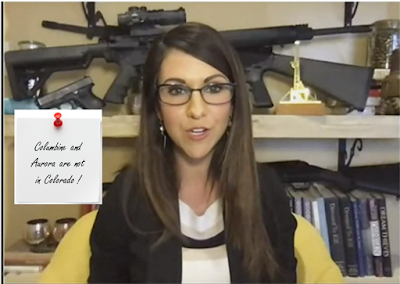 On the rim of Roter Kamm

NASA's Earth Observatory features many different kinds of satellite imagery, both data from satellites and more direct observational images and photographs (i.e., showing what things look like on Earth from high above it).  A few days ago they featured an astronaut photograph of an impact crater in the Namibian Desert -- that's in Africa -- named Roter Kamm, translated to English as "The Red Comb".

It is locatable with Google Maps -- right here.  I zoomed out far enough that you can also see Mount Aurusberg.  On the map, that's the green shape above the crater.  It's part of the mountain range that's also visible in the Earth Observatory photo.

It's in a very remote and hostile place.  I did a bit of Google map searching, but I couldn't definitively locate the nearest inhabited location.  Might be Rosh Pinah, which is a mining town - read on.

So I wondered if there were any pictures of it taken from the ground.  And I found one (shown below), which has a decidedly Martian feel.  The basic story is that the chap that took it had a friend who could get him there -- because being a place where diamonds are mined, it's an area that's closed to the public.

As if there were enough members of the public who would want to go there.  But I get it -- even if Roter Kamm doesn't attract tourists, the diamonds probably would attract diamond poachers.  And I've heard, though I'm not pursuing that now, that in this region the beach sands include the occasional diamond.

So here's the pic from the rim of Roter Kamm, which by now has mostly filled with red Namib desert dust.

No matter what you think of her

I don't have a negative opinion of Gwyneth Paltrow;  I know some people do, and I know that other people have a very high opinion of her.  I think she's done remarkable things as both an actress and entrepeneur, and of course she's had high profile romances and breakups, became (and still is) a mother, done the conscious uncoupling thing, and was recently married.  Goop was one of the first famous influencer commerce sites, and it's been successful, albeit with both expensive and weird products.

Sooo... as I said, no matter what you think of her, I was sorry to read that she was infected with COVID-19 (not that unusual in the U.S. or California), and is suffering from the effects of  "long covid".  I hope she improves.

Gwyneth Paltrow says she has long Covid: A-lister reveals she had COVID-19 'early on' and it has left her with 'long-term fatigue' 'body inflammation and 'brain fog' (but she is recovering with the help of Goop products)

It's been difficult to find ongoing information about the slow-growth eruption of La Soufrière volcano on St. Vincent (not to be confused with other volcanoes with that or similar names).  But I did find this recent video.   The best (brief) live footage starts at the 5:17 mark.  Of course, you can listen to the whole thing if you want to get the full status report.

Tell me about it

On dating apps, ‘covid vaccinated’ and ‘fully vaccinated’ are popping up in profile names. Does that mean it’s okay to be intimate?

Quote:
"Instead, he plans to remain celibate. That can be a hard call for some: Studies have shown that the lack of physical intimacy and loneliness can have serious health consequences."
Been there, doing that.
COVID-19 is a pain.
at 11:37 AM No comments: