I searched on "Adriatic lighthouses", and the ones that showed up first were in Croatia.  Lots of them, many of them very striking.  As for New Zealand, I think I'll feature a few from here.

First up is the Sestrica light on the long island of Dogi Otok.  I've got a map below.   But if you really want to see where it is, click this link and then zoom out.    In the map below, Dogi Otok is the longest island;  the little island where the lighthouse is located is about 2/3 of the way south, just where the thin blue line crosses it. 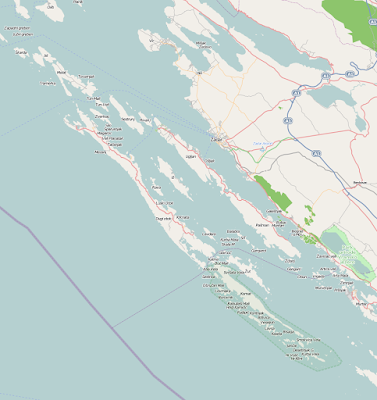 Here's a description of it from the Lighthouse Directory.


1876. Active; focal plane 47 m (154 ft); white flash every 8 s. 26 m (85 ft) cast iron tower with lantern, gallery, and eight supporting struts, mounted on a stone base in front of a 2-story masonry keeper's house. Tower painted with red and white spiral stripes; lantern painted white. Staffed weather station. ... it appears to be of French design. Located on a small island off the southeastern end of Dugi Otok, marking the start of the twisting channel around the end of the island.

Here are some pictures of the Sestrica lighthouse. 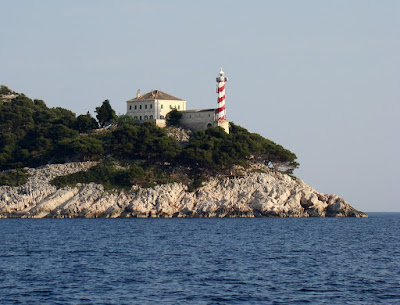 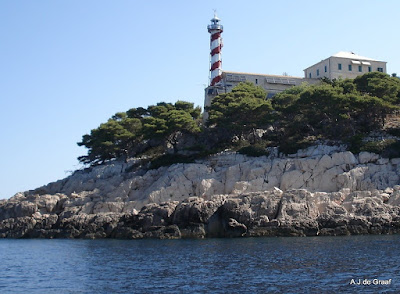 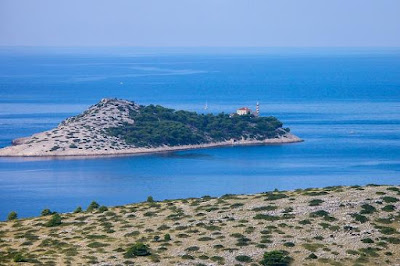 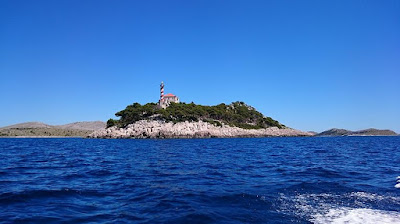 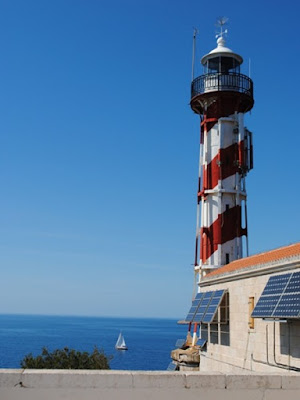