Sequel to a legend


Found out there's going to be a sequel to Crouching Tiger, Hidden Dragon, coming out in December.  I checked out IMdB's page on it:

Interesting casting tidbits here:  Michelle Yeoh returns in the same role she played in the first movie.  And Jason Scott Lee, who acted as both Bruce Lee and Mowgli, and who for awhile was living a somewhat hermetic life on the Big Island of Hawaii, is also in it. 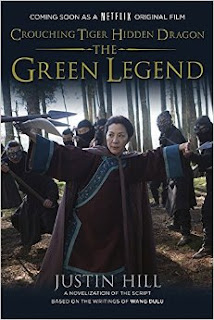